← more from
Loner Noise
Get fresh music recommendations delivered to your inbox every Friday.
We've updated our Terms of Use. You can review the changes here. 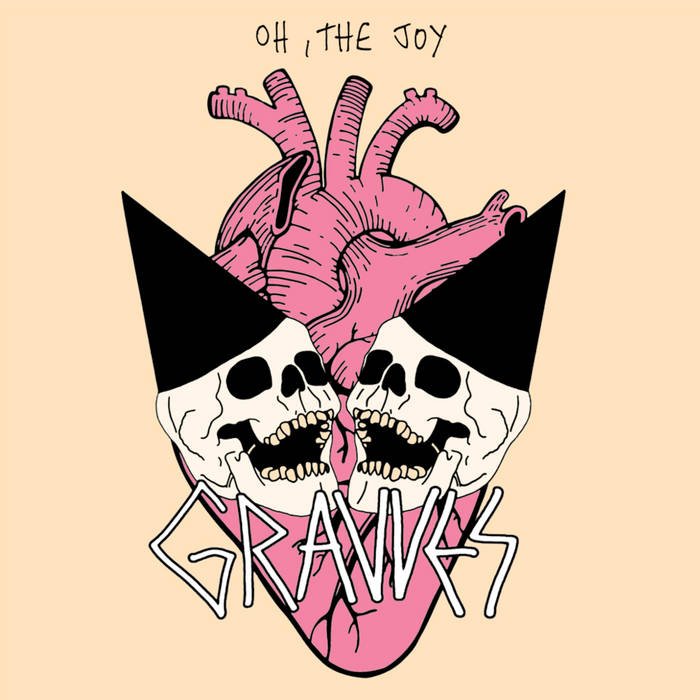 Their live performances quickly gained a reputation as perfect moshpit fuel, pulling crowds and turning heads at the likes of Y Not Festival, Focus Wales and Wrong Festival.

Following the momentum, “Oh, the Joy” is a 6-track EP set for release in April, recorded by Michael Whalley (Kong, Bipolar Sunshine).
Opener Power Bomb Baby instantly throws the listener in at the deep end, as bassist Adam Hughes yells over an uptempo beat layered with distorted noise. Amusing lyrics such as “two legged dogs are such a rare thing / like fat little kids not wanting ice cream” are mixed in with more soul searching questions; “do you trust me?”

“The lyrics put a picture in your head, but there’s always a meaning behind what we’re saying,” he explains. “It’s about meeting someone new. They pick you off your feet, throw you on your back, take your breath away.”

Monster Truck hurtles forward with a vicious statement of intent; “if you’re a mini, I’m a monster truck / I'll drive you into the dirt." Spiky guitars accompany a dual-vocal assault guaranteed to encourage sing-alongs at future performances.

The indie styling of This Is Bliss gives way to a defiant intensity (“if you feel low, we can dance slow”) whilst Sinister Surf is locked down by a pulsating groove, swaying between subdued verses and an explosive, angst-ridden chorus.

“It’s definitely cathartic,” explains guitarist David Thomas, who takes on vocal duties. “It’s about some people I came across who were, to put it lightly, not the most empathetic. It’s a pretty angry song, and they gave me good cause to be angry.”

The following stomp of Hello Sailor drags the listener towards an anthemic hook with a White Stripes-esque drum march. The EP closes with the unapologetic L Is For Loser, with which the band fully embraces a crushing heaviness hinted at in earlier tracks.

We are from North Wales and are influenced by the likes of The Eighties Matchbox B-Line Disaster, Future of the Left & Queens of the Stone Age.

Our songs have received airplay by the likes of BBC Radio 6, BBC Radio Wales and Kerrang! Radio. ... more

Bandcamp Daily  your guide to the world of Bandcamp